In Loving Memory of Patricia Ahearn

Pat, my wife of 55 years, mother of our four children, grandmother of our 13 grandchildren and two great-grandchildren, and founder and matriarch of the Quill & Brush, died from complications of cancer and Alzheimer's Disease May 27, 2014.

The response to Pat's passing has been overwhelming. I have been humbled by the number of people who wrote me. And by the affection and fondness so many had for Pat, and the memories of meeting and knowing her, and the good times we shared.

What to say about losing one's mom? I love her, I miss her, I carry her with me always.

Below are a few of the public memorials to Pat

From the ABAA newsletter: 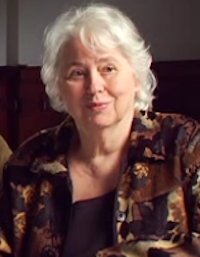 Patricia Ahearn – bookseller, author and artist – died May 27th. She had struggled with cancer for too long for her death to be a surprise, but it was still a shock.

Pat, as she was affectionately known, was born in Virginia Beach on June 26, 1937. She graduated from Northwestern High School in Hyattsville, Maryland, where she co-edited the school newspaper and yearbook, served as a class officer and was a member of the Quill and Scroll Honor Society. She studied at the University of Maryland for a year and then left to begin her extended career as a professional woman. She continued to pursue, however, her talent in art with studies at the Maryland School of Art and the Corcoran.

Pat and Allen Ahearn married in 1959. It was a union that lasted more than fifty-five years. It evolved into a professional as well as personal partnership when they founded Quill & Brush in 1976. Pat managed the first Quill & Brush book and art shop in Olney, Maryland and its successor in Bethesda until 1987, when they moved the business into their home.

She became an Associate member of the ABAA in 1987, a full member in 1995 and in 2013 an emeritus member. Pat chaired the newly established Southeast Chapter for six years, ensuring the young chapter found firm footing within the Association.

Together Pat and Allen wrote seven books on book collecting and rare books – COLLECTED BOOKS: THE GUIDE TO VALUES (1991); BOOK COLLECTING: A COMPREHENSIVE GUIDE (1995); BOOK COLLECTING 2000 (2000); COLLECTED BOOKS: THE GUIDE TO IDENTIFICATION AND VALUES (2011) to cite a few – which became standard references for the trade and for collectors. She, with Allen, also edited and published small press literary editions and numerous Quill & Brush catalogs. As an antiquarian bookseller, she was a consummate professional.

She was a mother, too, of four children: Beth, Sue, Allen, Jr. and Dyanne. She volunteered for her church, the League of Women Voters, and coached basketball for the CYO and for the Olney Boys and Girls Club. Children, grandchildren (13) and great-grandchildren (2) orbited closely around Pat and Allen whose love, constant enthusiasm and energy ensured family was a strong component of their daily lives and of their professional careers.

The essentials of Pat's life and her career as an antiquarian bookseller can only slightly suggest her impact on the trade and on all who knew her. Her warmth, generosity, instinctive kindness and resilient good humor graced everyone around her. Whether relishing a joke, a game of pool, or a glass of beer, she enjoyed herself and she made that enjoyment contagious. She could offer salient advice to a novice bookseller one minute and then lean back, tell a story, and smile broadly and laugh. She was admired, respected and loved. Thank you for your wisdom and for all the fun you gave us, Pat. 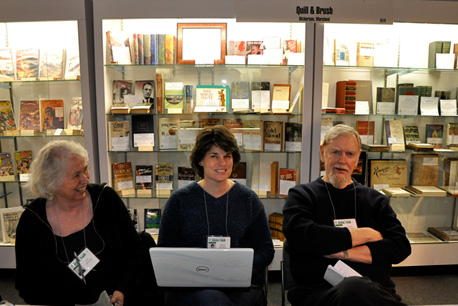 Pat, Beth and Allen at the New York ABAA Fair

Patricia Ahearn
The Society’s Board was saddened to hear of the passing of Patricia Ahearn, former Board member. A letter from her husband, follows.

I'm very sorry to say that Pat, my wife of 55 years, died yesterday of complications from cancer and Alzheimer's. As many of you know, her breast cancer from 2009 came back in her head between the brain and the skull in 2011, and she was also diagnosed with Alzheimer's that year. Pat was born in Virginia Beach June 26, 1937. Attended Northwestern High School in Hyattsville, MD, where she shared the editing of the school newspaper, yearbooks and was a class officer and member of the Quill and Scroll Honor Society. She attended Maryland University but left after a year to work for the President of a major insurance company in DC.

We were married in 1959 and had Beth, Sue and Allen, Jr.in four years, as good Catholics did then. Dyanne was born in 1968. She raised the children during the 60's and 70's, but also was active in our church and the League of Women Voters. Coached girls CYO basketball (finals one year) and also coached for Olney Boys and Girls Club for many years. In 1976, we co-founded the Quill & Brush, a book-and-art store, which she ran first in Olney and then in Bethesda until 1987, when the business moved to our home.

A talented artist, she studied art at Maryland School of Art and the Corcoran, and illustrated the covers for many early Quill & Brush catalogs. Co-author with Allen of seven books on book collecting and rare book values; edited and published several small-press literary editions and hundreds of Quill & Brush collectible-book catalogs.

She is survived by our 4 children, 13 grandchildren and 2 great-grandchildren. Services will be at St. Mary's Church on Barnesville Road in Barnesville, MD at 11 am Saturday May 31st. In lieu of flowers we ask that a donation be made to your local non-profit Hospice or the Alzheimer's Association.

All my best wishes. Allen 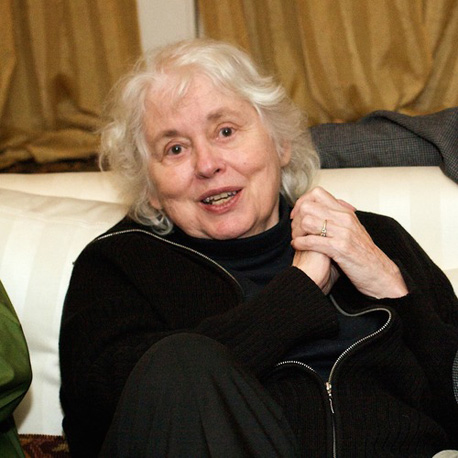 From the Fine Books & Collections Magazine Blog and the website of Nicholas Basbanes, author of A Gentle Madness, Patience & Fortitude and several other books on book collecting, book collectors and the history of books:

In Memoriam, Bookseller and Author Patricia Ahearn
By Nicholas Basbanes on May 30, 2014 10:49 AM 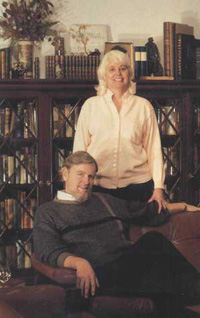 The antiquarian book world lost one of its nicest, most beloved figures this week with the passing of Patricia Ahearn, the wife of Allen Ahearn, her partner for close to forty years at Quill & Brush booksellers of Dickerson, Maryland, one of the nation's leading dealers of modern first editions and literary collectibles, and now in its second generation of family management and ownership. Together, Pat and Allen were the authors of seven books on book collecting and rare book values, most famously, perhaps, four impeccably researched editions of Collected Books: The Guide to Values, the successor to Van Allen Bradley's groundbreaking series of the 1970s and '80s, Book Collector's Handbook of Values. The photo of the couple reproduced herewith graced the dust jacket of the 1991 edition, their debut effort, and in the years before the Internet arrived so explosively on the scene, was pretty much the only game in town for determining issue points and comparable values.

On a more personal level, some of my earliest and fondest memories of the rare book world have involved the continuing good cheer and companionship of Pat and Allen Ahearn. My first ABAA fair as a published author, in Washington, D.C., in October 1995, had as an unqualified highlight a sumptuous crab feast at Quill & Brush, and the beginnings of a long and lasting friendship with these two very classy and decent people. For me, a book fair in Los Angeles, San Francisco, New York, or Boston didn't start until I went over to the Quill & Brush booth and got my big hug from Pat, and it wasn't over until we all got together somewhere for spirits and dinner in a group that always included Allan and Kim Stypeck, the owners of Second Story Books, and lifelong friends of the Ahearns. These were special moments for me, and I treasure them.

Connie and I extend our deepest condolences to Allen and their four children, thirteen grandchildren, and two great-grandchildren. Services will be at 11 a.m. tomorrow at St. Mary's Church in Barnesville, Maryland. In lieu of flowers, the family requests that a donation be made to a local non-profit hospice of choice, or the Alzheimer's Association.